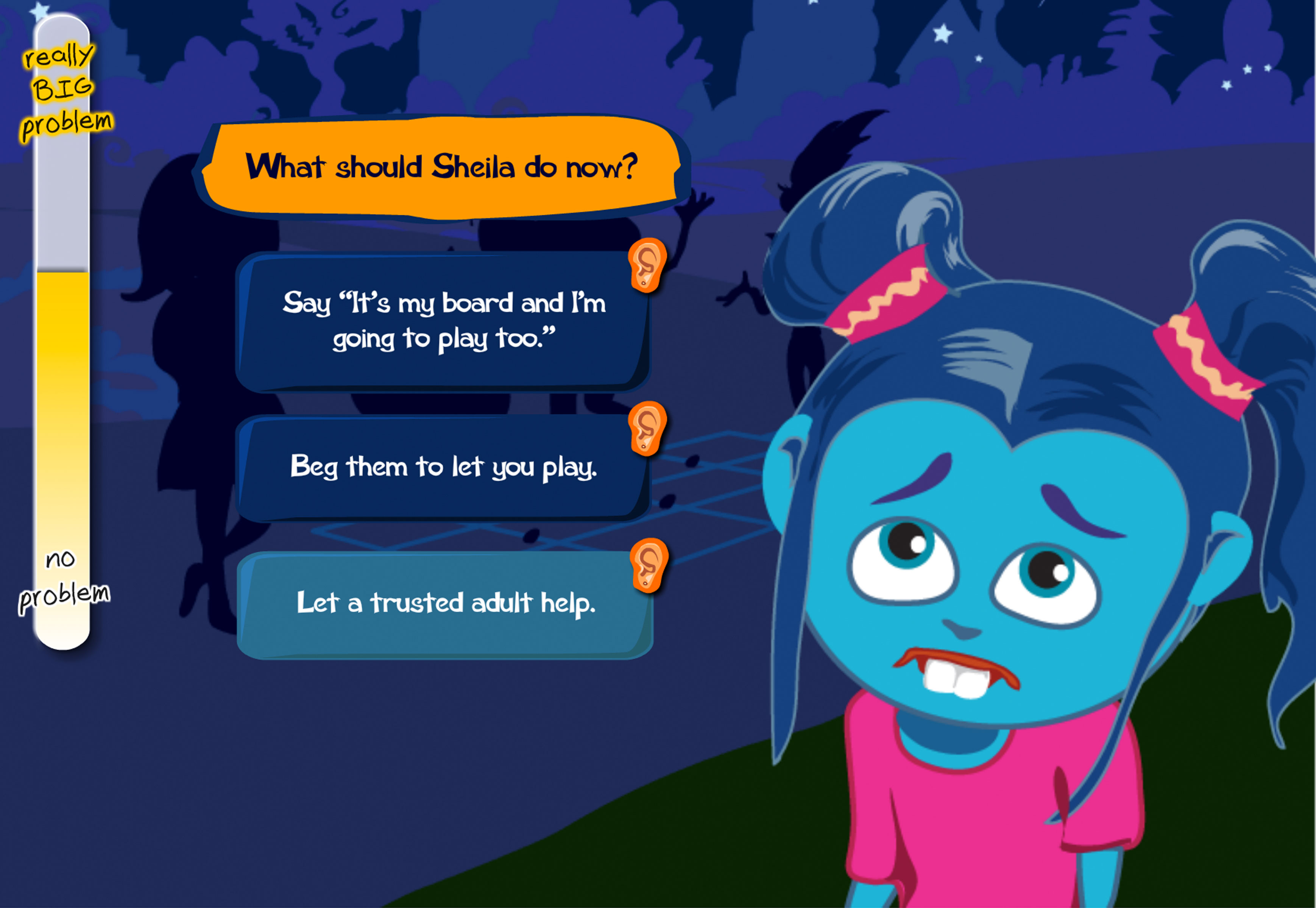 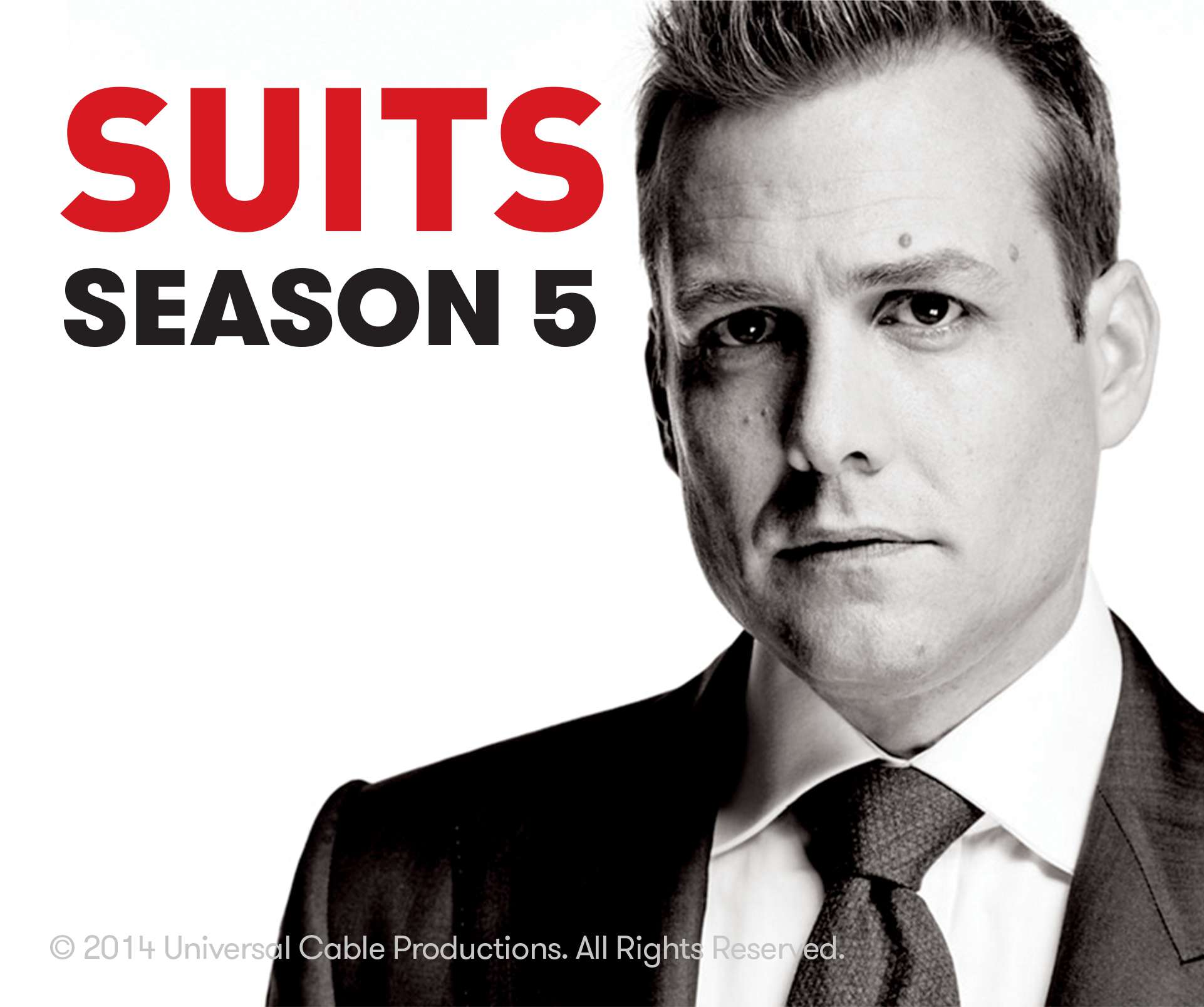 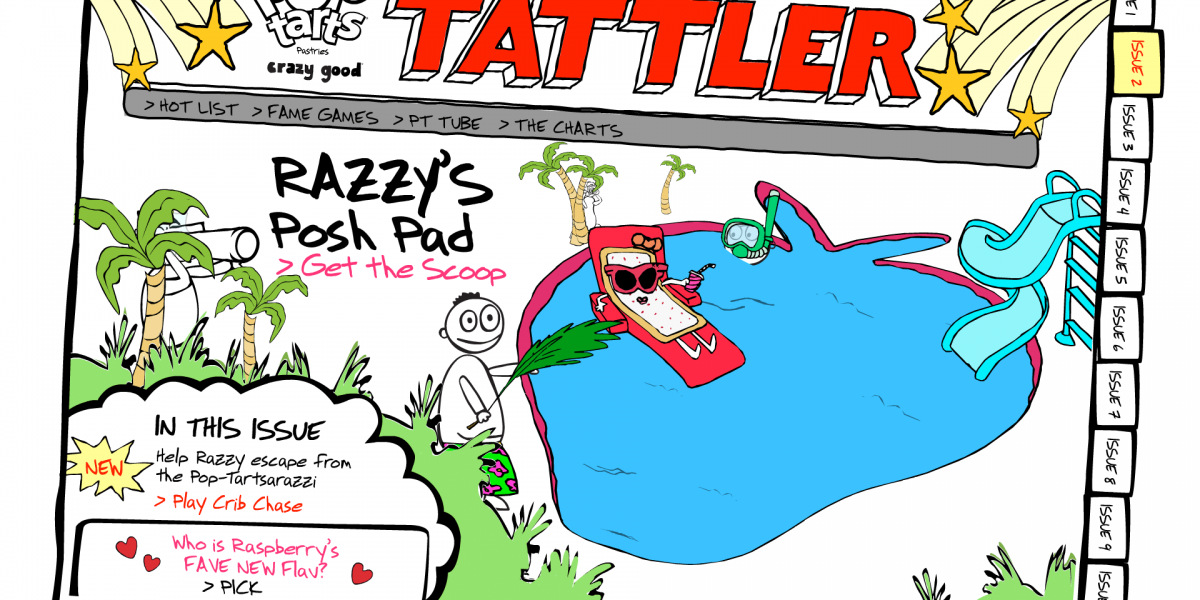 To promote the launch of the new Strawberry Shake flavour of Pop-Tarts in Canada we launched a 10 week campaign that featured a celebrity spoof storyline. Each week our Pop-Tarts characters made the gossip headlines as they moved to Hollywood and got up to all sorts of celebrity misadventures. An online game and animation accompanied each week’s story. The campaign was successful and even won some Canadian Marketing Awards.
My role was varied over the months of development, from the initial brainstorming of storylines and game concepts with the team, sketching out the scenes and pitching them to the client (“in, like, total valley girl speak”), as well as the animation and development - including week 7’s game “A-List Assistant”. 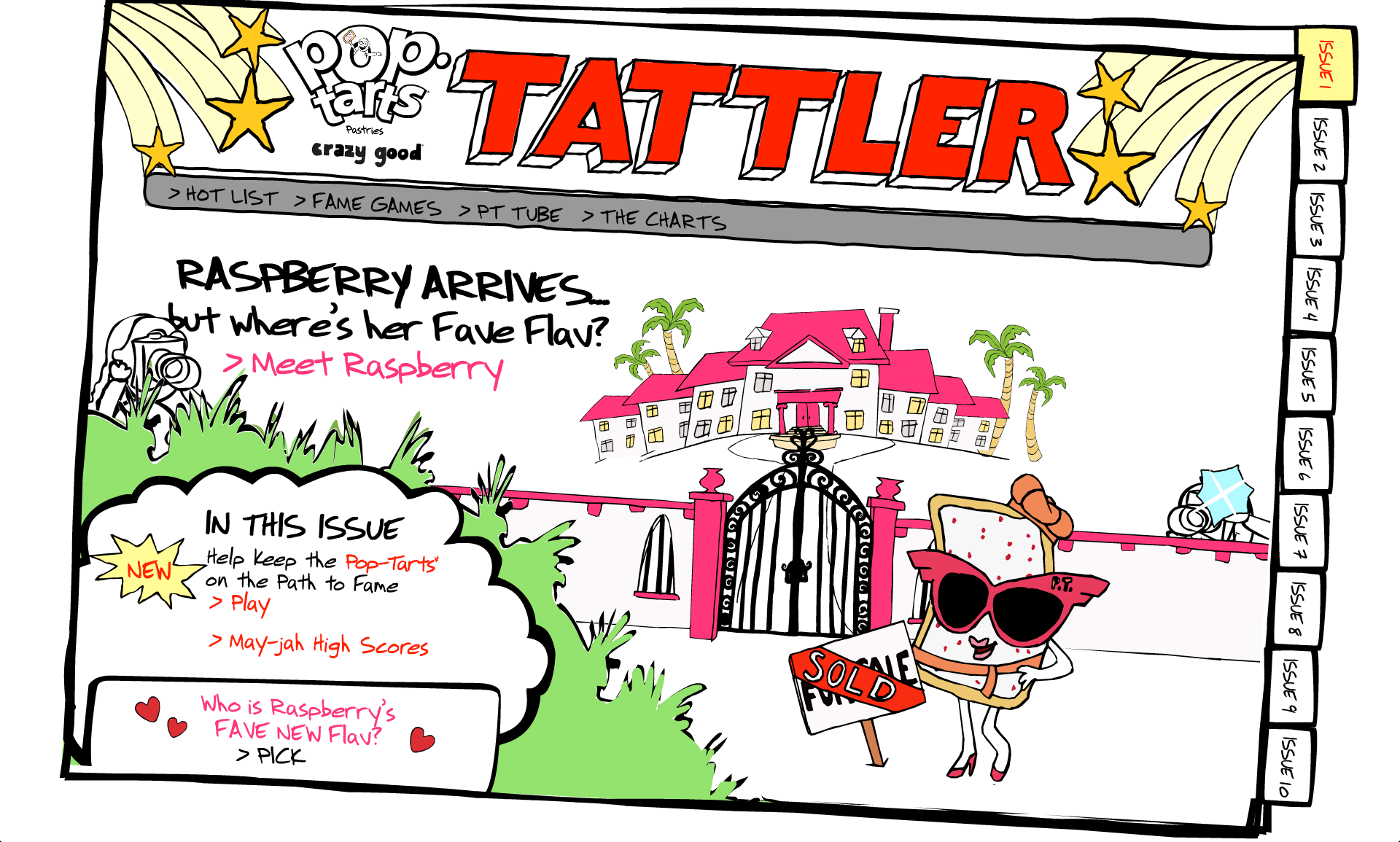 PopTarts Issue #1 of the Tattler 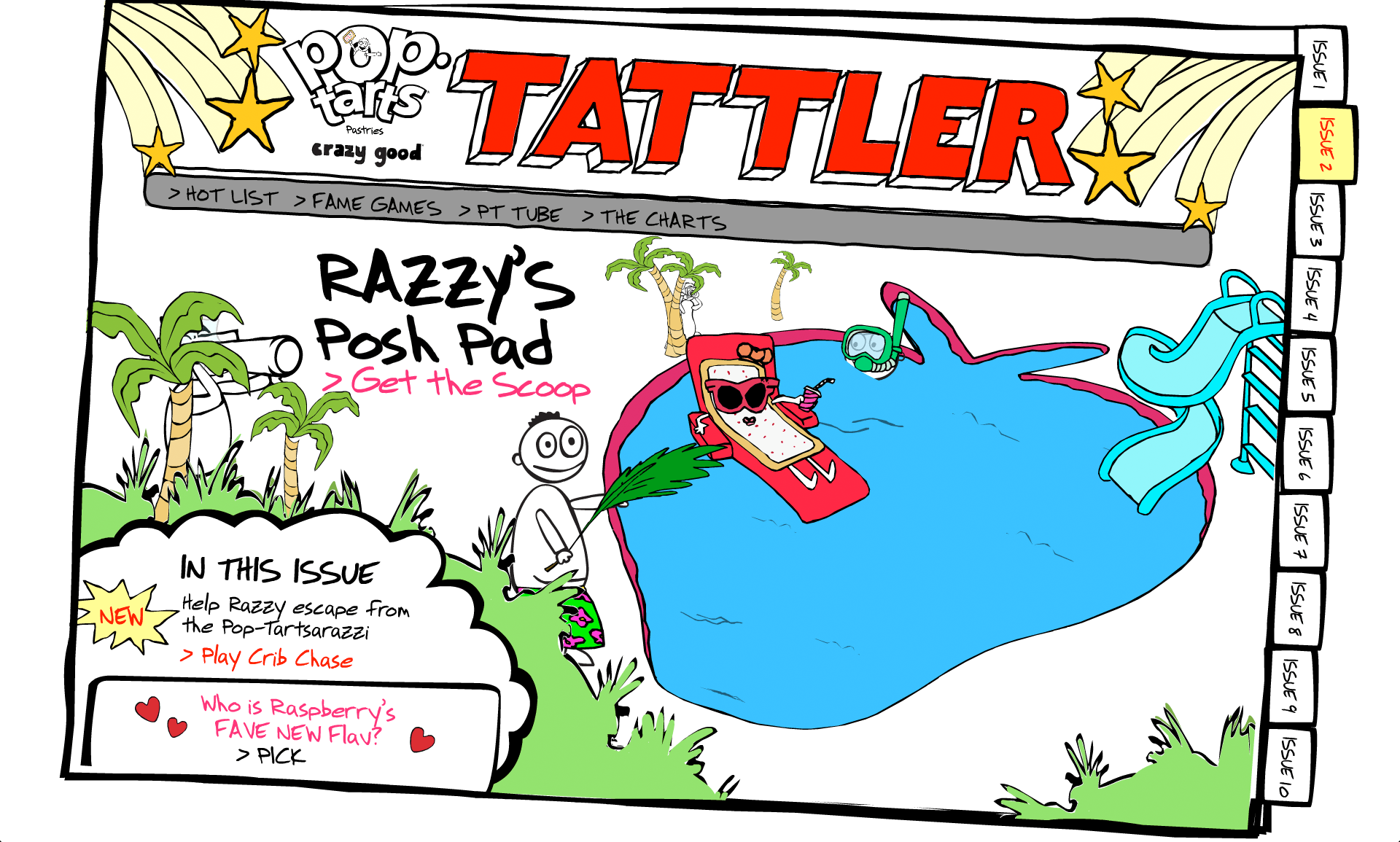 PopTarts Issue #2 of the Tattler 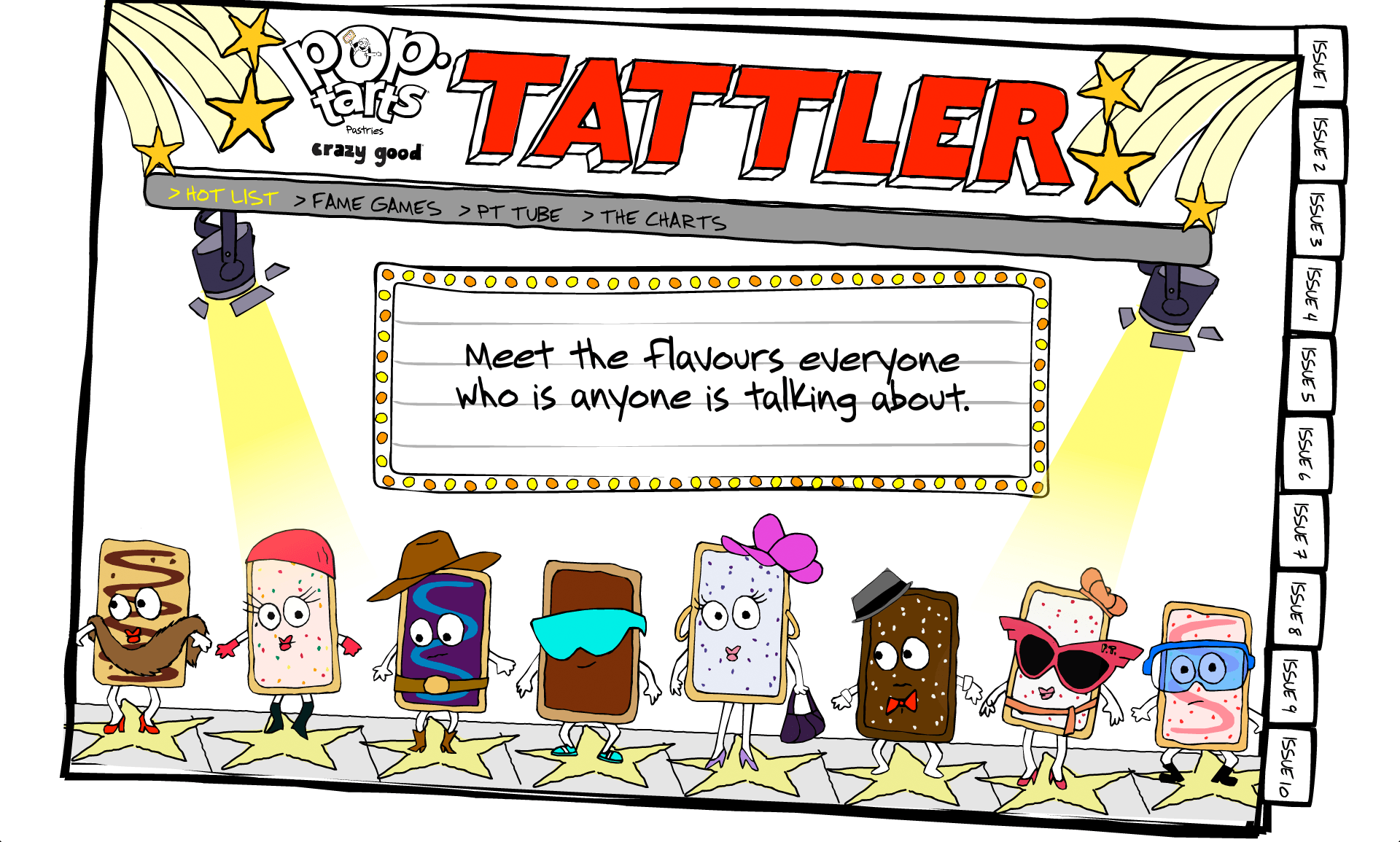 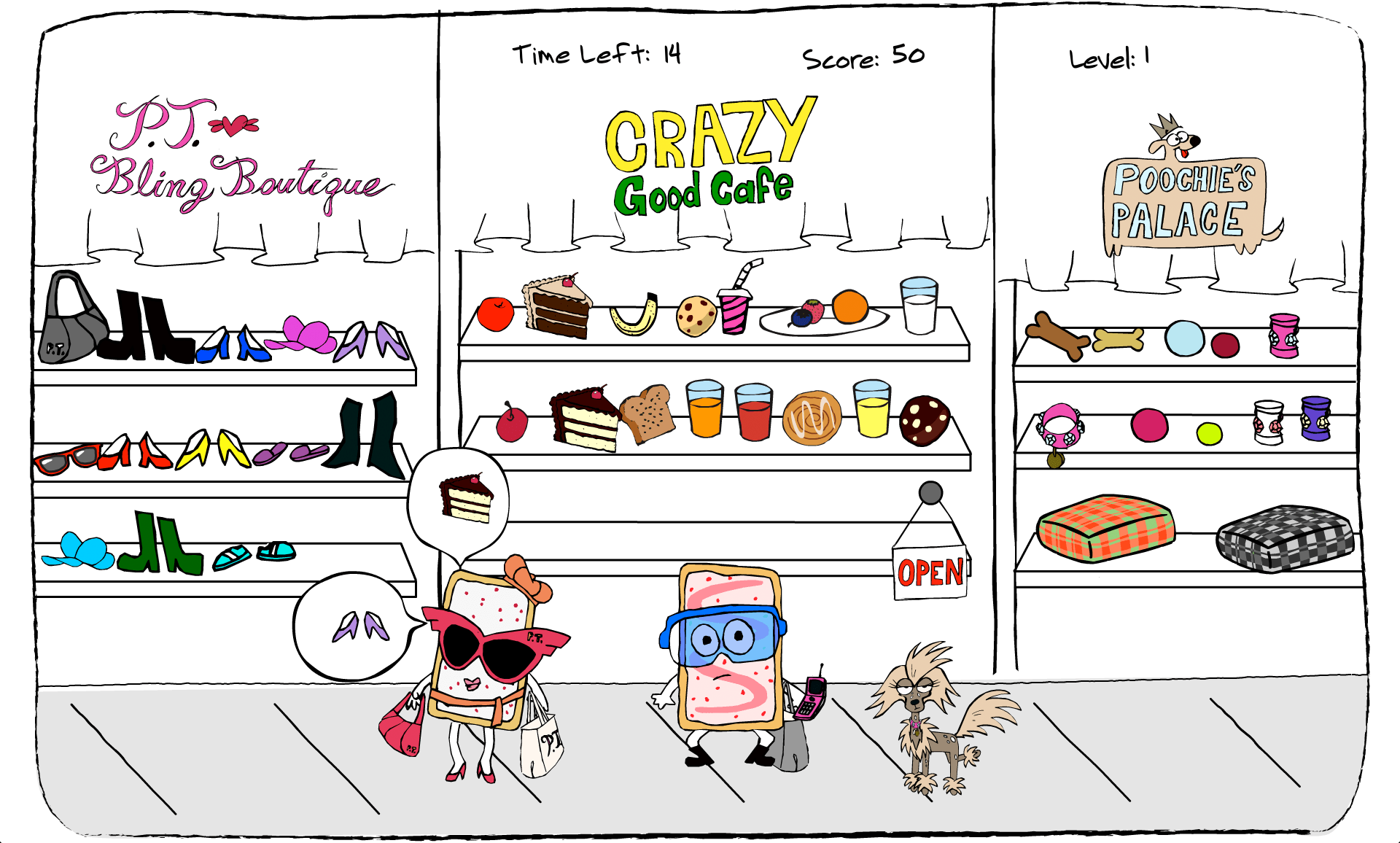